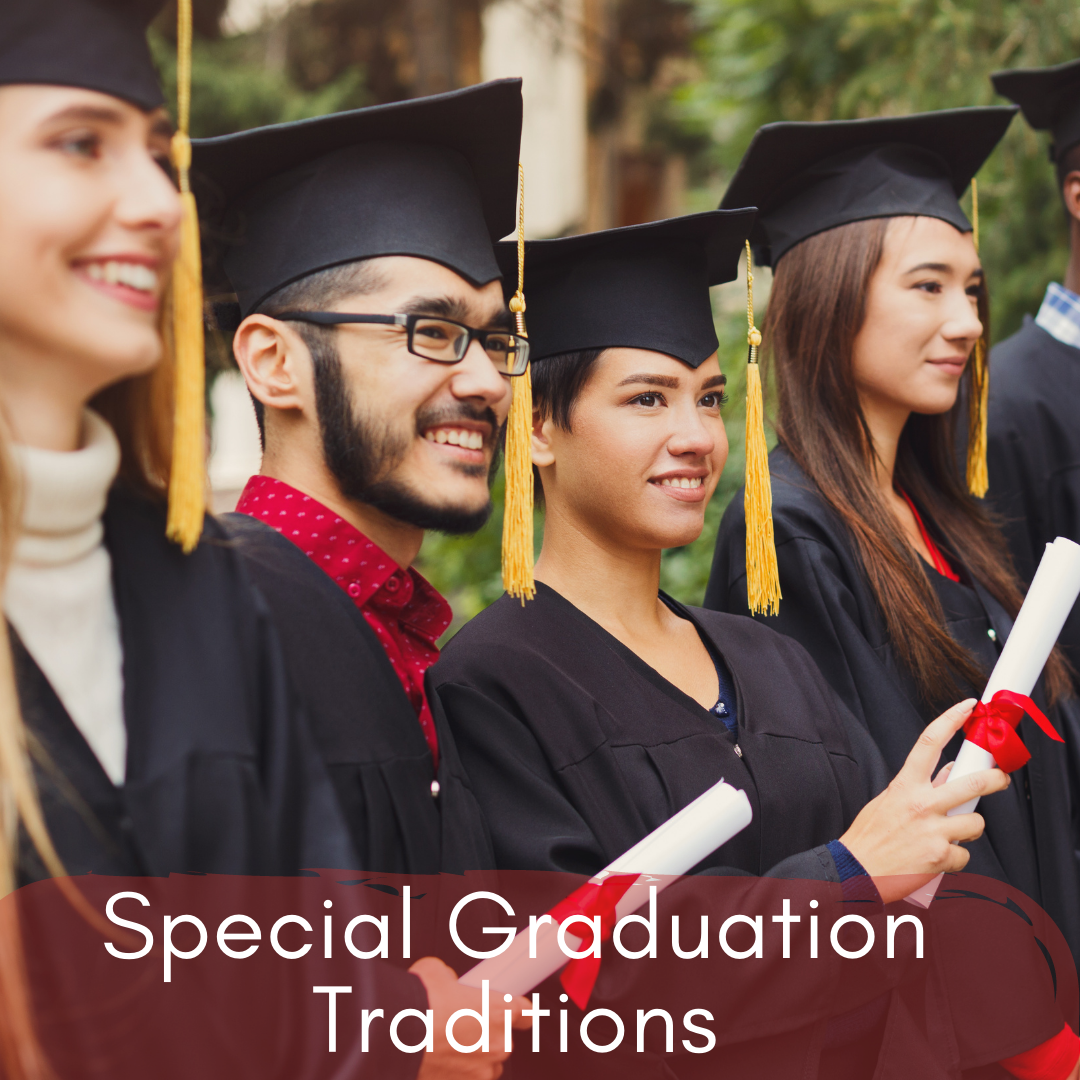 Graduation is one of the most celebrated occasions at any university, with students being in the limelight. Colleges and universities prepare for the big day with all their might so that they could justly respect and honor the hard work that students and faculty have put in over the years. This is one of those days that stays with the student throughout his or her life and so it is important to make it pleasantly memorable.

Wellesley College based in Massachusetts has one of the most fun graduation traditions. Donning the graduating gown and caps, students are supposed to race wooden hoops down the Tupela Street. This might seem like a bane thing, but hilarity ensues as students struggle to maintain the hoop’s balance while trying not to stumble with their long gowns. The things only get funnier when the winner of the race is promptly lifted by the other students and dropped in the lake Waban.

A statue of Theodore Dwight Woolsey has been prominently placed in the Yale University campus. Woolsey graduated from the University’s batch of 1820 and went on to become the president of the university. He was a great regatta enthusiast and raced for the Yale crew. The story goes that when Woolsey would kick-off the boat with his left toe the Yale crew always won. This story is told to the tourists and incoming students. This is why it was spread that rubbing the toe would bring the graduating students good luck. 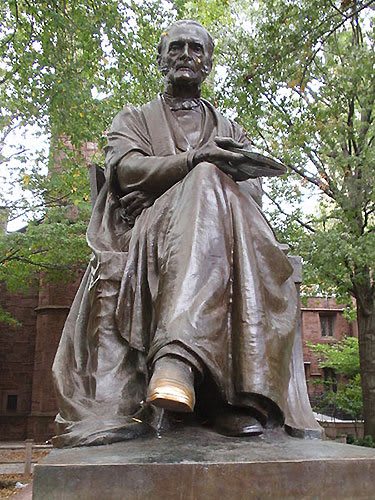 However, it was later discovered that this story was actually a made-up one to woo tourists. The actual reason for the faded color on the former president’s left toe was because graduating students would pee all over it. Why this was done is not known but it is advisable to not touch the toe ever.

In what seems like a harsh tradition, the worst-performing graduating student is named the ‘class goat’ at West Point University. The 220-year-old military academy is known for its long history and numerous traditions but the ‘class goat’ takes the cake. The announcement of the class goat is made in front of all those gathered for the graduation ceremony, out in the open. This might generate some pity, but the student named class goat also gets a cash prize and a standing ovation. Although origins of this tradition are not exactly known, the first written account of the class goat was back in 1886.

A weird tradition that started back in 1916 when a bunch of students wanted to experiment and see what would happen if something was thrown off the 80-foot tall building of Thompson Chapel. The students bought a watch and dropped it and the watch was found battered but still working, embedded in the earth. It turned out that the batch of 1916 had to bear the bad luck as the very next year America joined World War I.

Since then the graduating class drops a watch every year and if the watch breaks the batch is said to have good luck. Plus, who doesn’t want to grab the chance to throw something off a tall building?

5. Notre Dame: The Walk Down The Steps & Architectural Mortarboard

Notre Dame University is known for traditions that began centuries ago. One such tradition involves the steps outside the front of the main campus building, which has the iconic Golden Dome. These steps are off-limits for students until they graduate. On the day of the graduation the students are honored as they walk down to the ceremonial stage through these steps.

Another tradition is where the architecture students build over-the-top models on their mortarboard. They are usually 3D replicas of famous buildings around the world.

Remembering these traditions, some whacky some funny and a few weird, only makes today’s reality even worse. With the Covid-19 pandemic, universities have been forced to conduct remote learning classes and hold virtual graduation ceremonies. The vaccines have been rolled out but it will be a few months until everyone has access to it. That said, even with vaccines, large gatherings will still be restricted and so the traditional way of celebrating graduation will not happen.

Obviously, you can’t give them the Woolsey statue or the stairs at Notre Dame, but you can actually ship the wooden hoops and ask students to decorate their mortarboard anyway they wished. You can ask the kids to share their videos or pictures doing the activity on your social media site. The essence is that traditions are there for a reason and this will make it special for the students.

Another way to make graduation special for students is to include a small souvenir in their graduation kit. A thoughtful, customized and personalized gift speaks volumes. Apart from the essentials like the gown, cap and tassel, adding this small item can make the difference. To know what items will be effective in creating a positive impression of the universities check out the huge merchandise collection at Hue. We, at Hue, will guide you in selecting the perfect graduation kit for your students. We also provide customization, personalization, and shipping services. Get in touch with us now!